#folklore: hell was the journey but it bought me heaven

Surprise! Here’s a new blog post of me. Of course, it’s nothing as surprising and exciting as Taylor Swift dropping a new lead single, music video, and a whole ass album without any notice. My Twitter was very active with this news and you best believe that the less than day since the announcement, we have been talking about TS8 non-stop. In this post, I’ll be sharing my first impressions, thoughts, and favorite lyrics per track.

With just the first few lines of the first song of the eight album, I knew I would love folklore. I finished the song and I knew this was different from the usual pop Taylor Swift songs. This one is alternative Taylor Swift. And I am 100% here for it. I wasn’t ready for it, but I’m here for it.

If one thing had been different, would everything be different today?

The thing I love about Taylor is how her songs make me feel things. This song is longing about the one that got away. I don’t even have a TOTGA, but I feel like I had one and that he just slept through my fingers. So close, yet so far.

It would’ve been fun, if you’ve been the one.

I just know it’s gonna be an emotional journey until the last song. Also, I’m sure that The 1 would be on my top 5 songs.

There’s a music video for this lead single that I already watched three times. It was beautiful, and I have to admit that I liked that it’s similar to one of Harry’s MV, too.

And when I felt like I was an old cardigan under someone’s bed, you put me on and said I was your favorite.

Some song meanings just go over my head and apparently this song is about cheating. And… yeah, I see it. This song is so wonderfully written and produced.

I knew you’d haunt all of my what-ifs.

Taylor dropped a hint that three of the songs in the album explores a long triangle from all three people’s perspectives. This is one of those songs. I would have to relisten to get the whole story of this song but I have to point out the multiple “I knew you” lyric makes you feel things.

I knew you, trying to change the ending, Peter losing Wendy.

There goes the loudest woman this town has ever seen. I had a marvelous time ruining everything.

I have to be honest that I didn’t dig this song as much on the start, but once it was nearing the end… I get it. I liked it. I loved it. I hear so much about “mad women” and “loud girls ruining everything”, and Taylor buying the house after it was left quiet for so long and being, “i had a marvelous time ruining everything.” chefs kiss

I want to put the whole lyrics of this song here because it’s perfectly chilling. But I’ll just put the song lyric video link here so you can listen for yourself.

I can see you staring, honey.
Like he’s just your understudy,
Like you’d get your knuckles bloody for me.
…
Those eyes add insult to injury.

Ouch. When the relationship is over and NOW she sees you acting overprotective and all? #byefelicia. Grabe sa feelings, Taylor!

I would also like to point out this other specific part of the song wherein Bon Iver and Taylor Swift are singing to each other:

ACTUAL CHILLS. How many people have been in a relationship where they thought they were being so clear but the other side just didn’t get it??? I just feel like I got through a fresh break-up.

As a prideful person, hearing the lyrics, “I didn’t have it in myself to go with grace” did something to me. It feels like giving up.

Even on my worst day, did I deserve, babe, all the hell you gave me?

And you can aim for my heart, go for blood, but you would still miss me in your bones.

You had to kill me, but it killed you just the same.

Finally something that is not super sad and depressing!! Is this the light at the end of the tunnel???

I’m a mirror ball, I can change everything about me to fit in.

As a trying to stop but still am a people pleaser, this song calls me out. But I like how there’s this one person who you can be your self with.

Hush, when no one is around my dear, you’ll find me on my tallest tiptoes spinning in my highest heels love, shining just for you.

This might be my least favorite song so far in the album. It’s not bad, just compared to others, it’s not my type of song. Maybe that says something about me that I loved the sad songs??? But I like how this song is hopeful and light and gives balance to the entire album. Might be one of those songs that needs to grow on you.

Are there still beautiful things?

The whole album at this point reminds me of Hunger Games Taylor Swift. Beautiful, chilling, melancholy, hoping, hopeless. And I love that we have more songs of her that are not so pop-y. Is this a sign of getting old? Maybe. But I super love the variety I get from Taylor Swift.

I liked the melody of this song and the vibe it’s giving. But tbh, I don’t super get the story yet. Can anyone share their interpretation?

August slipped away into a moment of time.

Me this whole year. I can see why this song looks like a fan favorite based on twitter. The song is more bob-y than most, the song you can bob your head to while in the car, and it sounds happy, but it’s NOT. Not really. It’s summer love “that was never really mine”.

Wanting was enough for me, it was enough to live for the hope of it all.

this is me trying

I’ve been having a hard time adjusting.

This song hits me different, because I feel like I could’ve written this song.

They told me all of my cages were mental, so I got wasted like all my potential. And my words shoot to kill when I’m mad. I have a lot of regrets about that. I was so ahead of the curve, the curve became a sphere. Fell behind all my classmates and I ended up here.

As someone who consistently got good grades at school, I feel like I’m not where I’m supposed to be at this point in my life. I’m happy and content, but sometimes, you can’t help but hear the whispers and think, maybe it’s not enough. Maybe I am falling behind. But you know what, like Taylor said, this is me trying.

This is the first song on the album that made me tear up on the first listen.

And you know damn well for you, I would ruin myself a million little times.

This is cheating from the other partner’s perspective. I can’t find it in me to care so much about this song because of its meanings, but I can’t ignore the fact that the lyrics in this song is incredible. I can’t ignore Taylor’s story telling, which has always been apparent since her first album.

13 seconds in, I knew I was going to love this song. This is the equivalent of Call It What You Want of reputation. One of my favorite love songs.

One single thread of gold tied me to you.

Have you heard of the red thread of fate? Where the two people connected by the red thread are destined to be lovers. That’s this story in song form. How every little thing bought them together. Regardless of what their past are, they made their way to each other. I LOVE IT.

Hell was the journey but it bought me heaven.

No one likes a mad woman… you made her like that.

Simply, this is “if you can’t beat them, join them.” If you think I’m a mad woman, then I will be a mad woman. Like the song said, it’s when you’ve been poking the bear again and again until her claws will have no choice but to come out.

I feel like this song is about the Scooter drama wherein Taylor just went fuck it and fought back publicly. Maybe all the drama she’s being pulled after rep. This also feels like a mellow-er version of This Is What You Made Me Do. I knew I’d love this song from the title itself.

Just one single glimpse of relief to make some sense of what you’ve seen.

I think this song is about the pandemic. Specifically dedicated to our front-liners in the hospital. I also feel the vibes of “Soon You’ll Get Better.”

The worst thing I ever did was what I did to you.

The sound reminds me of country Taylor Swift. The story telling way of the song and the harmonica! Yes, please. This song is part of the love triangle Taylor was talking about. This was from the boy’s POV. You can hear the twinge of regret and forgiveness here.

But I’m a fire and I’ll keep your brittle heart warm.

I understand this song as her saying you won’t get peace when you’re with her. That her life is messy and it’ll always be messy. That she’s asking if it’s enough for you when she can’t promise you peace. I feel like this one is definitely for Joe. She’s also taking about secrets but being there for him. I love this song. It’s not in my Top 3 so far, but I know this will grow on me.

The devil’s in the details but you’ve got a friend in me.

Your faithless love’s the only hoax I believe in.

This song screams melancholy. And it’s raw and delicate and painful with just a touch of hope.

You knew it still hurts underneath my scars from when they pulled me apart.

We did ask for more songs like All Too Well, so she’s basically just giving us what we want. If Lover is all about romance, this would be the heartbreak album. And not the anger stage. But the hurting, wishing for another chance stage.

What I love about Taylor is that she’s so versatile. From country to pop to alternative with small hints of the other genre in between. At the same time, there’s always been something in all of all these changes that connect them together. One that says, “Yes, this is Taylor Swift.” To be very honest, I think anything she puts out at the this point, I will love. I’ve been a fan for about the decade now. Been through all the highs and lows. I mean, if you survived until Reputation era, I think there’s just something that won’t let you let her go.

I can’t wait to spend more time with this new album. It feels like a mature mix of Red and Lover. I’ll probably be changing my favorites everyday and understand the songs more deeply with time. I also can’t wait when we get to a point wherein we can go to concerts and listen to the songs together.

Have you listened to folklore yet? What do you think?

Richel Vergara is a twenty year old software engineer who uses up her vacation leaves taking trips here and there. 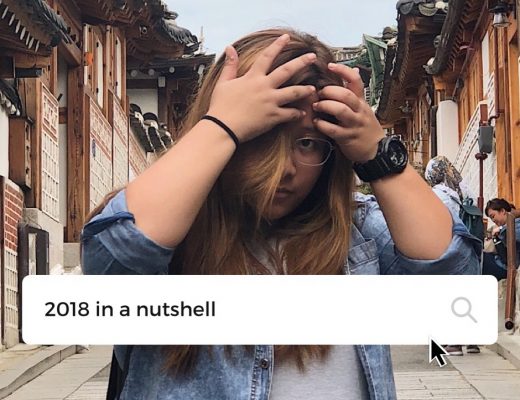 Life Update… after almost a year. 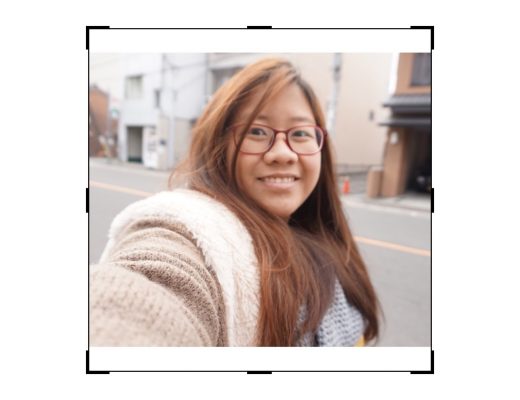 Better than 20/20: My Lasik Surgery Experience 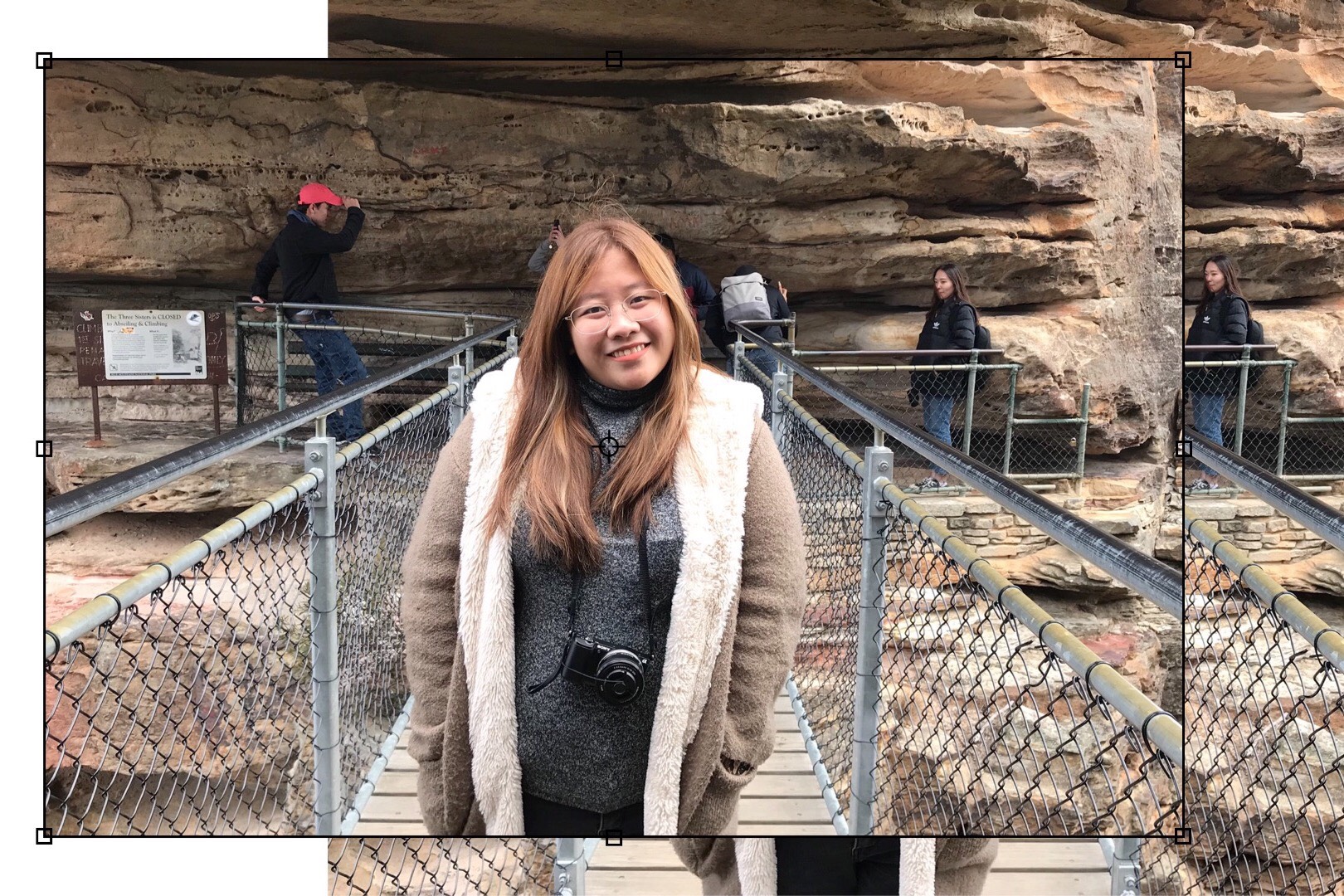 Hello! I'm Richel, a twenty something software engineer who uses up her vacation leaves to go on trips around the globe.

This blog is open to sponsors, product reviews, affiliates, collaborations, paid advertisements and other forms of compensation. For inquiries, send an e-mail at: hello@richelvergara.com.